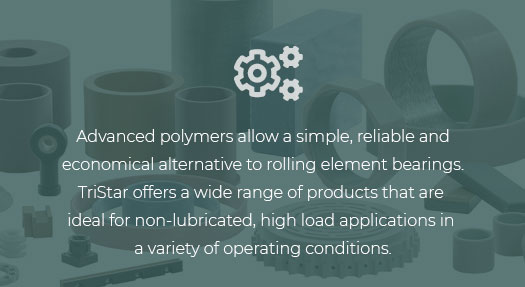 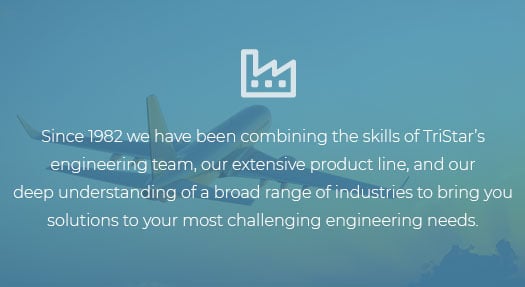 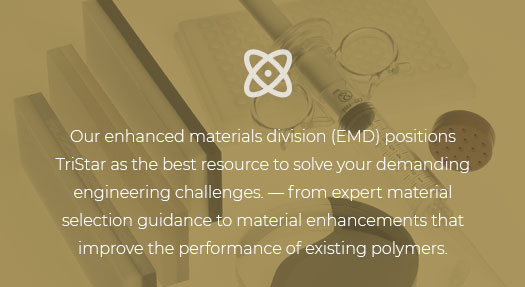 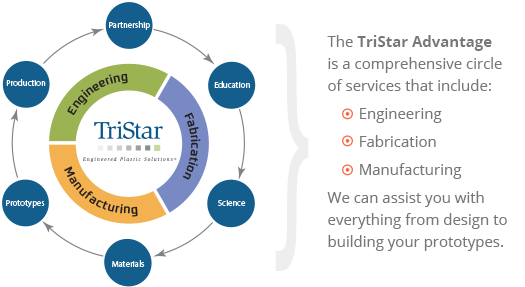 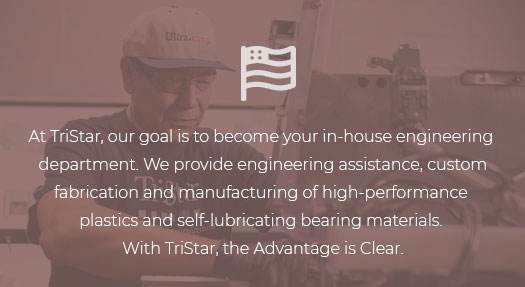 Have a material or application question for our engineering team? Go here.

Our Ultraflon M18+ is a hyper-hydrophobic PTFE membrane that can be used to separate gas from liquid. There are several of these membranes on the market, but our unique membrane stands alone.

The hydrophobic quality of this membrane allows for air to pass through, but not water (or aqueous solutions). The membrane is clean with no residue or other agents to provide pure filtration. Under pressure it is possible to get liquids with very low surface tension to pass through, which makes Ultraflon M18+ ideal for controlled phase separation as well.

Click here to read how Ultraflon M18+ was recently chosen for a High-Performance Liquid Chromatography application.

Take a look at our short (4 minute) video, embeded below, to see me demonstrate just how hydrophobic this particular membrane is compared to several competitive products.

The other membranes shown in the video are:

If you think Ultraflon M18+ may be ideal for your gas-separation filtering application, reach out to our Enhanced Materials Division engineers to explore the possibilities.

Water is itself hydrophilic (it mixes with more water easily) and oils or fats are generally hydrophobic and will separate from water, forming an oily layer.

There’s a lot more to learn, but this is certainly a useful place to start. If we can help you sort these terms out or provide information on how to modify materials to enhance (or suppress) any these characteristics, please do not hesitate to reach out to our experts.

Wettability Defined and Correlation to Bonding

There is usually a good correlation between bonding and wetting. Wettability can be defined as “the ability of a solid surface to reduce the surface tension of a liquid in contact with it such that it spreads over the surface and wets it.”

So, it seems intuitive that good wetting would automatically result in strong bonds. However, this is not always the case. Two different cases where this correlation can break down are:

Polytetrafluoroethylene (PTFE) can be plasma treated to promote good wetting by water or adhesives; however, when the surface is bonded, the measured bond-strength is about half to three-quarters of that obtained by using a commercially acquired sodium etchant. The reason is that the surface structure of PTFE is very weak due to almost no cross-linking within the material composition. The top layer of the polymer will shear off with the adhesive, even if the surface is treated with plasma to give good and uniform wetting.

To get good bond-strengths between PTFE and an adhesive, it is necessary to use a surface treatment that cross-links to a significant depth within the polymer (usually 1 micron or more), such as the aforementioned sodium etching method. Plasma treatments generally only affect the top 0.01 microns of the material, so the resulting surface treatment is just not thick enough to give a strong bond even though it is wettable and bondable by the adhesive.

As a second example of a weak surface layer; it is easy to plasma-treat a waxy or oily surface and make it completely wettable and bondable by adhesives. However, these bonds will show almost no strength because the adhesive is not bonded to the substrate - only the surface contamination layer. This is the ultimate example of a weak boundary layer. It is also the primary fault of using a "wetting test" as the sole quality control test for plasma treatments. The apparent surface of the part may be completely wettable but still give very poor bonding because that surface is really a layer of cross-linked contaminate.

These are examples of scenarios where plasma treatment is not the best approach for improving bondability; there are many other situations where it is appropriate. The key is to partner with engineers with the expertise to use the best method for your specific situation. Let us know what you are dealing with, and we’ll let you know how best to proceed!

The dynamics of wetting (watch video) are described below: 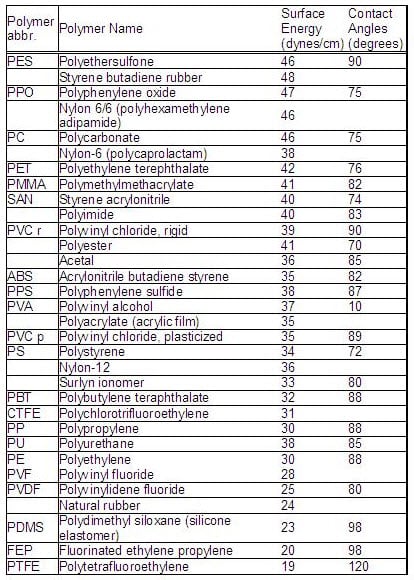 Visit our Video Learning Center or our Surface Modification product pages for more.

This study examined the relative adhesion difference between untreated polycarbonate (PC), mechanically roughened PC, and plasma treated PC. It appears that plasma surface modification of PC based polymers is a viable way to enhance adhesion prior to bond-up, lamination, or overmolding. This study observed approximately a 459% increase in lap shear bond strength after plasma treatment.

Polycarbonate is a specific group of thermoplastics. They are called polycarbonates because they are polymers having functional groups linked together by carbonate groups in a long molecular chain.

The most common type of polycarbonate plastic is one made from Bisphenol A, in which groups from Bisphenol A are linked together by carbonate groups in a polymer chain. This polymer is highly transparent to visible light and has better light transmission characteristics than many kinds of glass. Polycarbonate can be mechanically bonded by standard methods. It can also be cemented by using a solvent such as methylene chloride or adhesives such as epoxy, urethane and silicone. Polycarbonate and also be ultrasonically welded. Yet, solvent based adhesive can contaminate sensitive devices. Moreover, ultrasonic welding requires tight tolerances and smooth contaminate-free surfaces. The plasma treatment prior to bonding with common adhesive has shown an effective way to bond PC without solvent based adhesive or technically difficult, sonic welding.

A plasma is a quasineutral cloud of ion, electrons, and radicals. The diffuse cloud is capable of doing chemistry on the surface of materials that is unique, providing wettable or adherent surfaces on materials that are otherwise inert.

The PC samples in this study were subjected to a specific plasma gas mixture to induce and adherent surface for a structural epoxy adhesive. The results are as follows:


In summary, polycarbonate can be bonded using mechanical or solvent chemical methods. Yet, it has been proven that plasma surface modification is a viable, environmentally friendly, invisible treatment that can enhance the bonding performance significantly. If you would like more information about this process or other processes, please contact us at www.tstar.com.

Gamma Radiation is commonly used to sterilize polymer devices. But some polymers do not hold up well to this form of sterilization.

The following plastics cannot be sterilized by radiation:

If you are unsure if your material will hold up to this sterilization technique, please visit the TriStar Plastics Corp. website for contact information.

Q & A about Rubber Overmolding

Q: I have a question for you. We are anodizing some aluminum parts per Mil A 8625F, Type 2, Class I and it appears to be getting somewhat poor results. I wanted to get your take on this surface chemistry that we are trying to bond to. Here are some brief notes. Hopefully this is enough info for you to comment on.

Mil A 8625F, Type 2, Class 1Type II: Sulfuric Acid anodizing Class 1: This means that the anodize is not dyed or pigmented.

There is also a secondary operation of sealing:

"When class 1 is specified, sealing shall be accomplished by immersion in a sealing medium such as a 5 percent aqueous solution of sodium or potassium dichromate (ph of 5.0 to 6.0) for 15 minutes a 90C to 100C, in boiling deionized water, cobalt or nickel acetate, or other suitable chemical solutions..."

We are trying to bond a peroxide cured silicone to this treated aluminum surface. I am not familiar with the sealing process as described above. Can you give me some insight on this?

A: Sulfuric anodize, commonly referred to as Type II anodizing, is formed by using an electrolytic solution of sulfuric acid at room temperature and a current density of 15 to 22 Amps per square foot. The process will run for 30 to 60 minutes depending on the alloy used. This will produce a generally clear coating, depending on sealing, a minimum of 8µm thick. One third of the coating thickness will build up per surface and 2/3 will be penetration. Sulfuric anodize coatings are often sealed to enhance corrosion resistance, lock in dyes, or both. Hot water seals produce the clearest sulfuric anodize while sodium dichromate yields a yellow-green appearance but is generally a better seal. Sulfuric anodizing is rather tolerant of aluminum alloys for anodizing with the exception of high-silicon die-cast alloys such as 380. The less alloying elements there are the higher the clarity and depth of color of the anodize coating.

The best adhesion is reached when each bonding aluminum atom carries a single reactive group. Even at room temperature, acetic acid or fatty acids can easily pass through a coating infiltrating chemical bonds by advanced attack and leading to adhesion failure. The aluminum atom progressive binds with reactive groups which then leave and the bond fails.

Hope that helps! If you want your questions answer - Ask The Experts!

Determining the effects of aging on a package/product in real time is a lengthy process that would severely delay market introduction of new products. Therefore, a standardized test methodology was developed to accurately evaluate the environmental effect of storage on a package/product during its expected usable shelf life. Accelerated aging, which subjects samples to elevated temperatures for specific periods of time, is used to simulate the effects of real-time aging and provides data which allows the manufacturer to accurately predict the effect of real-time aging on his package/product. A product can be released to market based upon successful accelerated aging of the package/product that simulates the period claimed for product expiration. (1 year, 2 years, etc.) Concurrent with the accelerated aging process, the manufacturer should still conduct real-time studies in order to substantiate the data generated during the accelerated aging process.

Methodology: Accelerated aging techniques are based on the assumptions that the chemical reactions involved in the deterioration of materials follow the Arrhenius reaction rate function. This function states that a 10° C increase or decrease in the temperature of a homogenous process, results in approximately a two times or ½ time change in the rate of a chemical reaction.

Example: Time duration calculation for accelerated aging of a medical product:
One year shelf study at 55° C, where ambient temperature is 22° C and Q10= 2

Food processing is a science-driven industry that demands extensive knowledge of chemistry,...